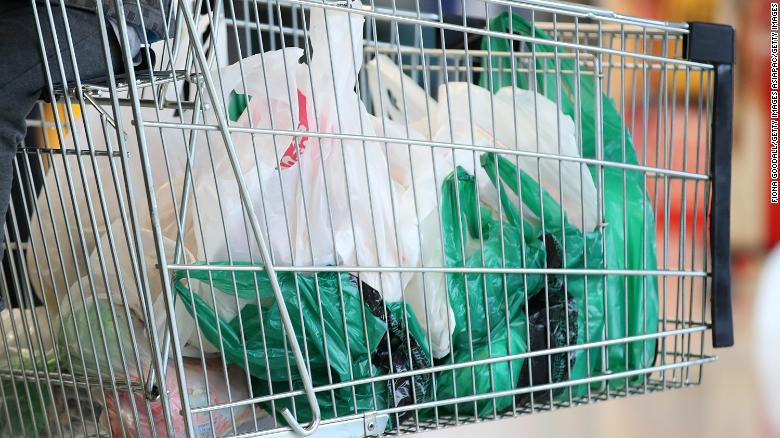 As the Nov. 8 election decided that the use of plastic bags must be banned, Korean markets across California will also stop distributing the flimsy bags starting December.

The law stipulates that markets, liquor stores, pharmacies and convenience stores in California are now banned from distributing plastic bags. Instead, businesses can replace it with reusable plastic bags for 10 cents apiece.

Despite the law, however, the government has not yet designated a specific date of when exactly the affected businesses should begin abiding by it. As a result, various stores have resorted to their own policies with distributing plastic bags. Industry experts predict that the law will start being enforced officially from Dec. 9, while some others have said that it will be effective beginning January 1 of next year.

Amid the statewide confusion, Korean markets have declared that plastic bags will be banned from the start of December.

“We still have plastic bags that are remaining from the orders we’ve made previously,” said Hannam Chain chief director Byung-jun Kim. “We’ve determined that those bags can be distributed until Dec. 8, so we will start selling reusable bags after that.”

Korean markets plan to charge 10 cents per bag while also distributing recycled grocery baskets and bags either for a small fee or for free as a promotional event. The bags are already on sale at Koreatown Galleria Market for $1.29 each, while Zion Market and Hannam Chain are charging 99 cents. It is $1.99 at H Mart.

“As a promotional item to celebrate Thanksgiving and Christmas, we will distribute the bags as gifts for our customers,” said Galleria Market manager John Yoon. “We plan on assisting consumers to understand the new law in a better way.”

H Mart’s Torrance branch manager Ju-yeol Park said: “We’re waiting for the instruction from the headquarters, but we’re preparing to start by the start of December. We’re also planning on distributing grocery bags as gifts to our customers at a later date.”

Meanwhile, plastic bags have already been banned in Los Angeles for three years now, making it easier for businesses in the city to make proper adjustments to the newly introduced statewide law.

Dozens of countries have imposed bans or taxes on single-use plastic bags, including Australia, the UK, France, China, New Zealand and the Netherlands. Kenya has perhaps the harshest law: those who violate the ban face four years in prison or a fine up to $39,000.China last year banned imports of 24 varieties of solid waste, including types of plastic and unsorted paper, putting pressure on Europe to deal with its own waste.In October, the European Parliament voted to ban a range of single-use plastics such as straws, cotton buds and cutlery, and to ensure most bottles are recycled to curb ocean pollution.

The last straw: Is time up for this plastic relic?The World Economic Forum estimates that there are about 150 million tons of plastic in the world’s seas. A study published in Science in 2015 suggested that between 5 million and 13 million tons more flow into them each year.Research shows there will be more plastic than fish by weight in the world’s oceans by 2050, which has spurred policy makers, individuals and companies into action.However, a study released earlier this year found a 30% drop in plastic bags on the seabed in northern Europe, which scientists tied to the widespread introduction of plastic ban charges and restrictions.