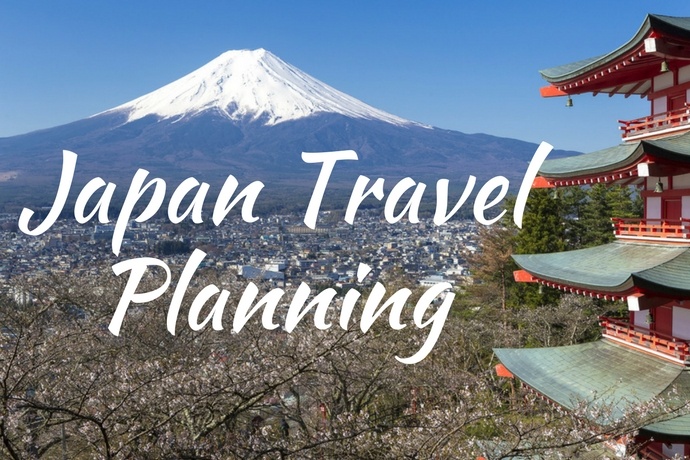 If you think cherry blossoms are the only thing that Japan offers during spring, just think again! There is just so much to do in Japan in this spring.

Cherry blossoms are not the only flowers to adorn the streets of Japan. Plum blossoms, tulips, violets, peach flowers and shibazakura comes to life in spring, among others. In the case of Sapporo, lilacs, the designated official tree of Sapporo, does not only indicate the birth of spring but also calls for a celebration! As hundred of varieties of lilac bloom on the grounds of the city, the locals celebrate the fragrant flower as the Sapporo Lilac Festival.

The festival takes place in both Odori park and Kawashimo park. With the parks being homes to 400 lilac trees and 1,700 lilac trees respectively, visitors will be able to view the purple flowers in their full glory in both parks. Apart from having picnics on the spacious grounds of the parks, one can enjoy activities, such as Japanese outdoor tea ceremony, flowers arts, manga artists and even a mouth-watering ramen show!

Best time to visit: Mid to late May

Less that two hours from Tokyo, lies Hitachi Seaside Park – one of the most beautiful landscapes that will take your breath away. This park transforms seasonally, displaying the incredible colours of its seasonal flowers on the park grounds. The seasonal colour for the park’s spring would be baby blue.

In spring, the park’s signature flowers, blue nemophila, mask the Miharashi hill, forming an impressive view for the visitors to take in. Apart from the sea-like landscape of baby blue to feast the eyes on, tulips, daffodils, kokia bushes (bright red in autumn) and other flowers grace the park, too. Visitors can walk around the park and amongst the dunes, bike through cycling paths and even have fun in the amusement park within the Hitachi Seaside Park area.

Best time to visit: Late April to early May

How can we speak of spring without mentioning the cherry blossoms of Japan? It’s almost blasphemous! But you cannot escape it either, since they are everywhere throughout the spring season. Locally known as sakura, there are numerous spots to view the multiple varieties of candy floss pink flowers.

If you are in Tokyo, Shinjuku Gyoen National Garden would be the best place to enjoy the flowers. The national park is designated into different areas for visitors to explore, such as the French Formal Garden, Taiwan Pavillion, an azalea hill and more. As the city’s largest park, Shinjuku Gyoen has vast spaces – especially in its central lawn, promising picnic spots amongst the sakura trees for you and your party!

Apart from sakura, another icon that is synonymous with spring in Japan is the strawberry season! You cannot experience the full Japanese spring without picking your own strawberries and eating it! Plus, it is customary for the Japanese to gift each other fruits during occasions or when returning home from trips. So, when in Chiba, why not drop by Mother Farm to pick up some fruits for your family, friends and of course, yourself?

Brace yourself for a whole day of walking as this massive farm on a hill spans 2.5 million square meters! The farm not only reaps fruits and vegetables all year round but also rears animals. The strawberries picked are on the first-come-first-served condition and are sold by weight. During the spring season, rape flowers also bloom, carpeting the highland area of Mother Farm. Apart from fruit picking and flower-gazing, visitors can also pet animals and enjoy other animal activities, such as duck parade, cow milking and pig races!

No matter the season, Buddhist temples and Shinto shrines cannot be missed when visiting Japan. These centuries-old places of worship are not only centres of culture, but displays of authentic traditional Japanese architecture. Daigo-ji is a perfect example of such traditional monument, dating back to 1598 (reconstruction) with the oldest parts of the temple being built in 951. The temple is also recognised as an UNESCO World Heritage Site.

Spring season in Daigo-ji is especially spectacular as the surrounding area turns pink with cherry blossoms. The feudal lord who built the temple specifically planted 700 cherry blossom trees for viewing pleasure. Since then till now, Daigo-ji has been a popular sakura-viewing spot every spring.

The Japanese Alps hold a hidden jewel: the old town of Takayama. When spring comes around, the town starts getting busy. Spring in Takayama calls for their age-old tradition of Takayama Spring Festival, recently accredited as an UNESCO Intangible Cultural Heritage. Having been around since 1652, this festival is one of the most beautiful and highly celebrated festivals of Japan. Visitors get to witness the town adorned with cherry blossoms in various hues of pink.

But the heart of the festival lies in the festival floats, Shinto palanquins and marionette plays which are paraded through the town. The floats are designed intricately whereas the marionettes exhibit remarkable mechanical work, thus demonstrating the skilled craftsmanship of the people of Takayama. It gets even better at night as the procession is lit up and decorated with 100 paper lanterns, making it a sight to behold.

Mention tulips and the vision of the Dutch fields with its never-ending rows of colourful tulips will cloud your mind. But why travel far to get a glimpse of the flowers when we have our very own ‘Asian’ tulip fields? When cherry blossoms are the highlight everywhere else in Japan, tulips are the show-stoppers in Kamiyubetsu during the spring season.

The Kamiyubetsu Tulip Park holds their annual tulip fair in spring which features over 120 types of tulips. Here you will see thousands of tulips cover the fields of the park as far as the eye can see. There are short tours in open electric buses around the large field if you have difficulty covering the land. Apart from taking photographs and admiring the rainbow fields, visitors can pick their own tulip flowers for a small fee, enjoy organ performances and also dress up as Dutch folks! Do note that the flowers are in full bloom in mid-May.

Best time to visit: Early May to early June

You can’t go to Japan and not see this mountain! Hailed as the highest mountain in Japan, the Fuji mountain, fondly known as Fujisan by the locals, attracts thousands of tourists to its vicinity annually. Just imagine standing amongst carpets of beautiful flowers with the magnificent Mount Fuji as the backdrop. It sure will be one epic souvenir photo you can take in Japan!

The Fuji Motosuko Resort holds its annual Fuji Shibazakura Festival in spring when the shibazakura flowers, known as pink moss or phlox moss, blankets the grounds near the lake. The park houses around 800, 000 shibazakuras of 7 varieties, not limited to the McDaniel’s Cushion, Oakington Blue-Eyes and Mont Blanc.

Best time to visit: Mid-April to late May